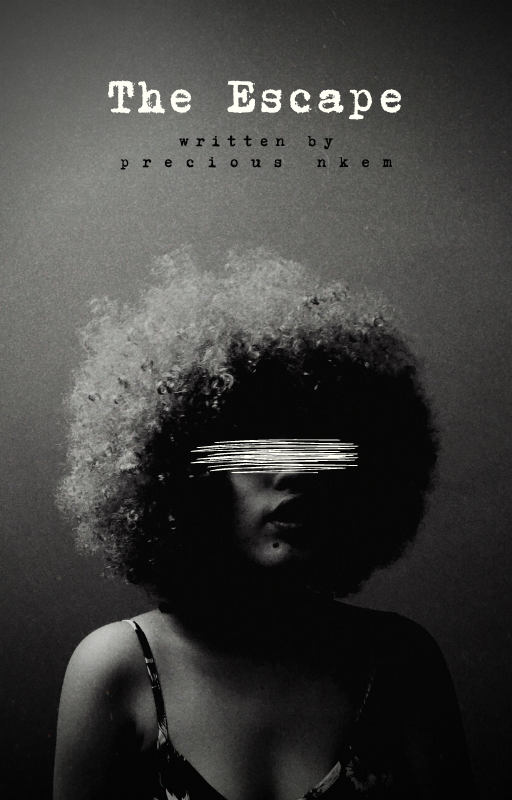 This story is based on actual events and written with permission. Names and some scenes have been altered.

When Sandra heard the knock at her door, she knew who it would be. Mark had called earlier saying that he would be dropping by to “see” her. Slamming her book shut, she stood and dragged her feet to the door. She liked Mark a lot but she was fast realizing that the only thing they had in common was actually nothing in common. He loved parties, and she loved Jesus. He loved drinking, she loved…well, not drinking.

When she opened her door with her poker face firmly in place, Mark just stood there with a ridiculous grin on his lips and determination burning in his eyes.

“Hey,” he said and attempted to come in. Sandra quickly stepped out and shut her door.

“Not happening. Shebi you talk say you wan “see” me?” Sandra asked in broken English as she air-quoted with both hands.

Mark looked taken aback, she knew he had never heard her speak pidgin. Sandra really wanted to end things with him. Whatever friendship they had was dangerous. She was attracted to him but it was an attraction that would lead to a dead end.

“Now you’ve seen me. Biko leave.” She was hoping her fierce expression would chase him away. Sadly, it seemed he was blind to whatever hostility she was shooting his way.

“Baby, come on. Come with me to the festival. I know it’s not your kind of thing but just try something new for once? I promise I’ll keep my hands to myself.”

“No,” Sandra said then attempted to leave. When she felt Mark lightly grip her wrist, her hand froze at the door handle. Why did her belly flip that way whenever he touched her?

Lord, save me from myself! This devil boy wants to finish me. She wailed in her mind.

“If you come with me, I’ll come to every single one of our department fellowship meetings.”

Sandra laughed. Mark must really be desperate. She turned to face him fully.

“Look, I’ve seen these festivals on TV, such things don’t appeal to me. The place would be full of touts.” Sandra needed to make him understand why she wasn’t interested.

“No, No, No. The security is always tight. I went last year and everything went smoothly. I swear you’ll love it if you come with me. There’ll be fireworks and several artists would perform. You wouldn’t regret coming.” Mark pleaded. Sandra stared at him for a while. He seemed sincere. How bad could this festival thing be?

“What time does it start?” She asked in a tired voice. When she saw him smile, she fought the urge to do the same. What kind of juju did this guy place on her?

With every passing moment, Sandra regretted her decision. She was surrounded by a mammoth crowd. They were mostly males and the throng just kept pushing against each other, fighting to get a closer view of the performing artists.

“Mark!” She shouted over the blaring music.

“What?” Mark asked with eyes glued to the stage. It was obvious he was having a good time. He had a look of intense enjoyment on his face and his hands were in the air! Sandra fought the urge to scream in frustration. What was she doing here with this person?

“Look how far you’ve fallen,” she muttered to herself under her breath. When Mark started shouting together with the crowd, she jabbed him in the shoulder.

“Awwww! What was that for?” He massaged his shoulder as he looked at her.

“What? This is past 1 am in the morning. The show is just starting!” he shouted over the noise.

“I don’t care. I hate it here. I am sick of breathing in body odour and getting drowned in sweat. Take me home!”

Mark looked crestfallen. She knew he wouldn’t understand. There was no way he would get that this wasn’t who she was. It all felt so foreign.

When they managed to squeeze through the crowd, they found their way to the main road. There were little gatherings of people smoking and drinking. The smell of nicotine and beer was thick in the air. As they walked past the small crowds and passed along several parked cars, Sandra felt Mark’s arms sneak around her waist. She slapped his hand away.

“I thought you promised to keep your hands to yourself?”

Why didn’t she sound as angry as she hoped?

Chei, Sandra. Keep disgracing your ancestors. She heard her subconscious mock her.

“It’s not my fault that I can’t keep my hands off you, I like you too much. You are so beautiful.” She heard Mark say as he held her waist again. She yelped when she felt him tickle her.

“Stop it.” She managed to say through bouts of laughter. When a car sped by, Mark lead her still giggling form to the side of the road.

“Come on, let’s walk along the other side of these parked cars,” Mark said as he pulled her along.

So now they walked between the cars and bushes, the vehicles shielded them from the road.

“When would you agree to be my girlfriend? Huh?” Mark asked as he nuzzled her neck and pulled her close. To Sandra’s shame, she loved the sensation his closeness brought.

This isn’t right. Stop him now. Don’t get comfortable with this. If that was the voice of the Spirit or her conscience, Sandra didn’t know. When Mark pushed her against a parked bus, she didn’t resist. When his hands crept all over her body, she clamped her mouth shut.

What is your Jesus thinking about your behavior right now, huh? Sandra could all but imagine her inner self shaking her head in disappointment.

But Sandra felt like someone chained by the stubborn desires of her body, she remained there, enjoying every second of Mark’s touch.

It was only when she heard heavy footfalls that her mind seemed to clear a bit.

Sandra tore herself from Mark’s hold and stared in horror at the figures that stepped out of the bushes. ‘Huge’ was the first word that came to mind. They were three in number and they towered over them like evil angels of retribution. Though she couldn’t see their features well, she knew they were dangerous.

“Wetin, happen?” Mark stepped forward, blocking her from view. Was Mark mad? These people could kill him in a blink and he is asking them questions. As if they read her mind, she saw one of them grab Mark and shove him aside.

“See this small boy.” Two of them advanced toward Mark and push him again. He stumbled backward but came right back.

Sandra felt both hot and cold at the same time, it was as if wicked claws of fear had fused her legs to the ground. She was frozen with terror. As she looked around, she noticed the large bus they stood behind blocked them from view, and only a few cars passed once in a while.

See your shame outside? They sent you to school but you chose to follow a party hopper. Where is your boldness to ask God for help now? Her own thoughts questioned her. She shook her head and tried hard to think past the fog her mind seemed to be stuck in.

At last, Sandra attempted to make a run for it; she hadn’t taken two steps when she felt the iron grip of one of the men on her arm. He swiftly slammed her to the ground. Sandra saw stars as pain shot through her body.

“Where you dey run go?” It was at that point Sandra lost it. She began screaming. She could make out the silhouette of the two other men and Mark, they were holding him back. She could hear him trying to reason with them. She knew these men could kill both of them and nobody would find out.

“Since you can give him, we would collect our own,” Now the third man gripped her jeans and attempted to rip it.

“I did not give him anything!” Sandra wailed in terror.

When Sandra saw how quickly things were escalating, she exerted all her weight against the man’s pull. She felt her jeans ride up her behind painfully as she managed to get down to her knees.

“I am sorry. I am so foolish. I would never do it again,” She whispered in prayer.

“What are you doing? Ehn?” She heard her assaulter ask as he pushed her shoulder roughly. She refused to get off her knees, she remained there praying silently and struggling against the man’s hold like a deranged woman. She was crazy with the fear of getting raped.

“Please!” She begged but the man refused to let her go.

It was as she kept pleading that she felt it; adrenaline mixed with unnatural strength. Sandra managed to drag herself, kicking and screaming, to the edge of the bus. But even with the possibility of motorists seeing her, the man refused to let her go.

“I’ll throw myself to the road. I would let a car crush me and my blood would be on your head!” Sandra shouted with tears streaming down her face.

“You are an ashewo.” The man spat at her.

“And you are Jesus. You are so holy, you have never made a bad decision in your life!” Sandra replied bitterly. When the man heard her words, he immediately let go of her jeans and stepped away. Seeing her opportunity to escape, she fled.

When she was certain she was at a safe distance, she stopped running but her tears didn’t cease. When she heard Mark call her name, she refused to answer. She just kept crying as she resumed walking barefoot. She had lost her slippers in the struggle.

“Hey, I am so sorry.” Mark was breathing hard and he looked pretty shaken.

“Get away from me! God, I am such a fool. What am I doing here?” She wasn’t aware of the curious looks she was getting from people. They had reached a pretty crowded area near the arena, and the music was still so loud.

“Stop crying, people are looking at us.”

What?! She nearly got raped and all he could say was that people are looking at them. Let them look! She cried even harder and refused to acknowledge him.

“Let me go get your slippers.”

As Sandra watched him run back, she made a decision. There was no way in hell she would hang out with him ever again. Mark’s chapter has closed in her life.